This is just a quick follow-up to my post on using word clouds or wordles for competitive intelligence. ScrewTinny – the competitive marketing intelligence service that I’m developing, now creates wordles based on vendors’ marketing copy, but there was a problem when looking at wordles containing the marketing copy for more than one product. I’ve […] 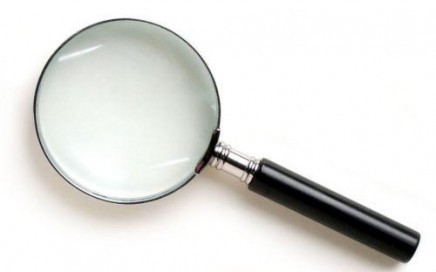 [An updated version of this post can be found here] It’s been a while since I updated this blog on my efforts to build my on-line competitive intelligence service (codenamed ScrewTinny). As I’m now not too far away from releasing an alpha version, I thought I’d start to share some of the output. At the […]

As you’ll have read elsewhere in these pages I’ve decided to test REPAMATron – my automated marketing analysis software, by pointing it at the way ESB vendors take their products to market. As I’ve mentioned before, REPAMATron is a project that looks to automate the REPAMA methodology for analysing and visualising vendors’ go-to-market strategies from […]

I had a chat with an ex-colleague yesterday who told me that Talend had acquired Germany-based open source SOA platform ‘vendor’ Sopera. This move came on the back of the news that the company had completed a $34M round of funding and Talend seems to be aiming very high with it’s combined proposition. In the […]

We’ve just posted a new report up at www.lustratus.com that looks at a number of vendors offering devices that promise to lessen the burden of managing, accelerating and securing a service oriented architecture. Authored by my colleague Steve Craggs, the report looks at “appliances” including IBM’s DataPower range, Layer 7’s SecureSpan XML Appliance and Intel’s […]

A Refreshing call with GigaSpaces

Steve and I had an interesting and refreshingly different call this morning with GigaSpaces. They had reached out to us to make sure we knew all about them so that they could be fully represented in each of the categories in our cloud computing market landscape / segmentation / taxonomy where they have a solution. […]

Well, well, well. TIBCO announced an interesting move yesterday. It has acquired DataSynapse in a cash transaction valuing DataSynapse at $28M. TIBCO calims that this will strengthen and compliment its distributed and cloud computing initiatives. We work for a lot of high-tech vendors and you get to know a lot of people and I have […]

Just a quick note to say that the updated High Performance Messaging REPAMA Segment Analysis Study has been uploaded to the Lustratus site.  It now contains the reverse-engineered product marketing strategy for TIBCO’s Messaging Appliance P-7500.  Existing customers and Lustratus research subscription holders will already have been contacted with details of free upgrades. Following on […]